We open on a 20-something Keanu Reeves with tarmac sliding behind him at a nausea-inducing pace. His brow is filling up with perspiration as he looks upon a bomb that has been fastened to the undercarriage of a commuter bus. The bomb will detonate if the bus goes slower than 50 miles per hour.

Cut to: 20 years later. An older, wearier Keanu is mowing down an unstoppable deluge of faceless flunkies with delicious precision. This enthralling exercise in ultraviolence is rooted in one man’s attempt to take an arguably exaggerated revenge upon those who broke into his home, stole his prized property and killed his canine companion.

We switch the channel and Richard Strauss’ “Thus Spoke Zarathustra” eases us into Stanley Kubrick’s equally adored and maligned masterpiece, 2001 a Space Odyssey. As we get past the oddity of seeing men in ape suits re-interpret the story of Cain and Abel, the film throws at us one of the best cuts in the history of cinema: An ape throws their first weapon towards the heavens in celebration of the success of their “mechanized” violence. Cut to: a military space satellite hovering menacingly in the vacuum of space millennia later.

An observant reader might discover in the above some underlying commentary on the phase transition within the chosen subjects and approaches of film practice. This line of enquiry might require a subsequent in-depth look. The nature and context of plots in works of fiction, how they are presented in and react against popular culture, is a fascinating topic in its own right.

If you are still reading, thank you, congratulations, commiserations, there is more to come. You are deranged but in the best way possible. We are both embarking on an infinite jest, a literary journey of undefined length and scope that will take us through some of the thoughts and arguments that have taken root inside my mind. Some are keeping me up at night, others are colouring-in my day-to-day experience and artistic practice.

All great stories have a wider context around them, which, in my opinion, is what separates the great ones from the good ones. However, in the great battle that has become vying for our fellow human’s attention, we have learned to lead with “a hook”, an inciting incident, a strong narrative beat or motif. As we are “reeling in” our spectator towards the shores of our own hallucination, we pull a bait and switch and “Cut to” a different plane that further develops the story or artistic exploration.

Last month I was contacted by the Alumni team of my Alma mater, The National Film and Theatre University “I.L. Caragiale” in Bucharest inviting me to give an interview. They wanted me to talk about my career so far, the contribution the school made to who I am today and any advice I would give current students or recent graduates.

In the great tumble dryer of life, it took me a while to reply to their questions. In a similar vein, it has taken me a while to produce what you are currently reading. One could argue that any action we take is the product of all of the life lived that precedes it. However, once I acclimated to the process of tackling their queries it became a humbling and cathartic act. It made me reflect on where my journey started, the beats it has taken me through, where I am now, what has been learned and where I want to be heading.

While I’ve been enthralled by the moving image for as long as I can remember, the inciting incident of my filmmaking career can be pinpointed to the 9th grade. My grades were not stellar and I was testing poorly so my literature teacher suggested that I should try and make a short film for extra credit. She nudged me towards film as she noticed that even though I could get through complex ideas in mind-numbingly long sentences, my spelling in my native phonetic Romanian and the grammar around it were, for lack of a better word, utter crap.

The years have revealed that I suffer from, amongst other things, a form of dysgraphia. This, in the days before computerized authoring and AI-driven writing helpers, made reliable, nuanced self-expression somewhat difficult.

That all changed when I picked up the school’s grimy Sony Hi8 camera. It took a veil off from in front of my eyes and gave me the opportunity and later, through a lot of work and dedication, the ability to show everyone how I saw the world, to reflect upon it and to present this reflection up for interpretation, discourse, enjoyment and consumption.

Film is the biggest gift life has given me, for it challenged my limitations with the limitless realm of ideas and gave me strength from the ineffable plotlines of dreams. It is true that some ideas will never get to escape our subconscious and will evaporate in our sleep like tears in the oven. For some that is maybe for the best. However, the experiences and freedoms this art form has given me are the underlying fabric of my reality.

And now we fold the narrative. What incited what? Why? Maybe we will find out someday. 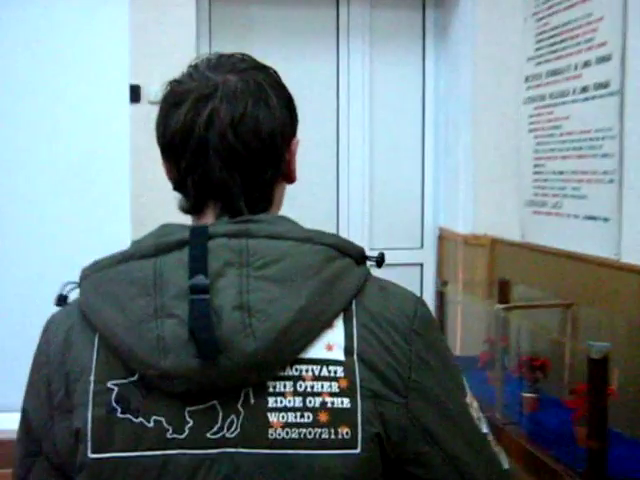 My first “short”, “Where?”, opened up the floodgates and presented me with a world where my passion and thoughts were not bound by my inability or disability.

Fifteen years later, coming almost full circle, the interview opportunity put me in the uncomfortable position of having to write, what is in essence, an essay on myself. And, while I do find that kind of writing repulsive as it feels like an artificial marketing tool or like a self-administered pat on the back, it also made me reassess the power of the written word and the opportunities it presents to my neverending curiosity.

For as treacherous as I still find the writing process, I am no longer a subversive snotty 15-year-old, but a subversive preppy 30-year-old. I can do this. Moreover, it makes me feel good. So I guess I’m going to keep trying to do it.

My day job, my calling, my industry and my dream all live at the mercy of a complex network of factors. The army of people, the funding and production apparatus make the journey from thought to film a laborious, at times soul-crushing and intensely time-consuming affair. Even though I would argue that my thoughts are comprised of shots and sounds and smells; emotions and sensations; a deconstructive engine that picks apart this controlled hallucination that we perceive as reality, I must admit that to a large extent even my neurodivergent brain uses words as the core building block of its internal representation of external stimuli. 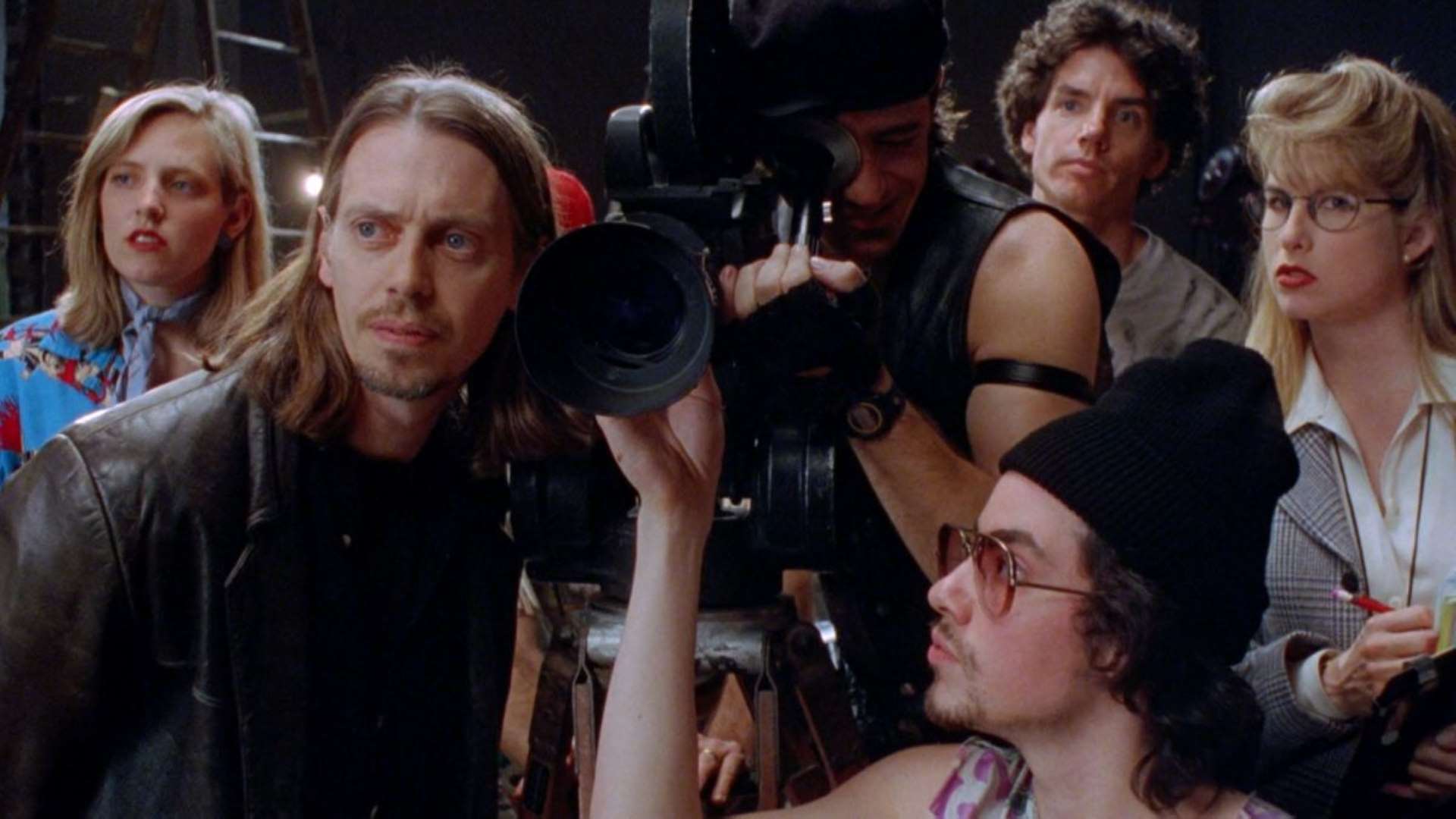 Henceforth, I will attempt to take back the power that words have had over me and use them to exorcise my daemons; to explore, with the censorship and guidance of only my personal filter, the aspects of the human experience that puzzle me that I haven’t yet or will never be able to explore in my film practice.

I guess this has can be read as a very long-winded way of explaining I’m starting a blog. I guess it should also work as a taster for things to come. If you are still here and you like what I have to say and how I say it, due come back in a while to see where this has gone, or better yet subscribe so you get notified of my next attempt at writing. (Once I figure out how I can make that happen on whatever platforms I end up disseminating these texts).

The writings that will follow will take the form of a loose collection of essays and personal anecdotes. There is no pretence that they will have any academic value. Some of them might be naïve regurgitations of ideas I’ve been recently exposed to while others could present as problematic explorations of behaviours, approaches and art that have been haunting me for days, months, years or decades. Some, if not most, will centre around the art of filmmaking; cinematography and editing more specifically. All will be drenched in a heavy sprinkle of philosophy, semiotics, personal interpretation and commentary.

I can’t make any promises about the regularity of the aforementioned musings, their quality, use or even fitness for human consumption. However what I can guarantee is that however many, however often they might appear, these writings will be an honest representation of my beautiful dark twisted fantasy. 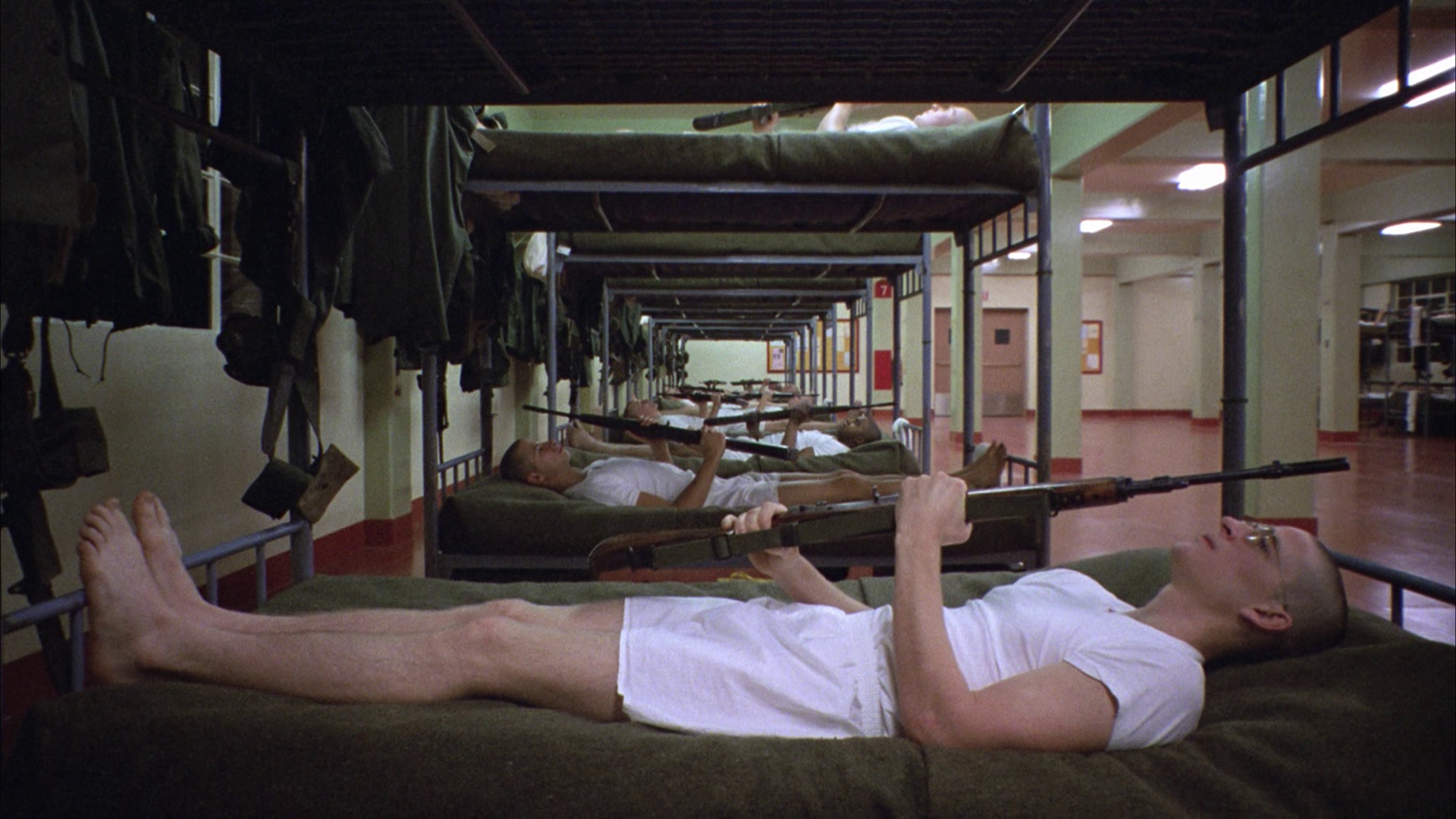